Posted at 13:39h in Stories by James Havelock 0 Comments 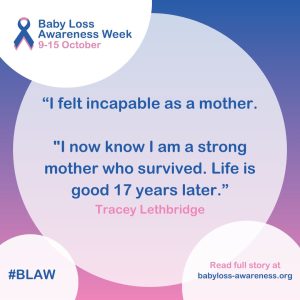 Seven years down the line nothing changes as far as feeling Evie’s loss is concerned.

Evie was my first born after 15 years of marriage, and seven rounds of IVF, three ectopic pregnancies, one in 2001 that was a very rare Cornual pregnancy that I needed to have methotrexate for to ‘kill’ the much-wanted baby growing in me.

Evie Marguerite and Ella Rose. The times I was in bed feeling 8 limbs, 40 fingers and toes and two heartbeats wriggling around are priceless. Losing my first born at 36 weeks was just hell.

I will always be so very proud of Evie for holding on long enough for her sister Ella to be born well, after being told they could both die. They were born in April 2003.

I never got the ‘happy visit’ wonderful birth experience, and I was back in work in 10 weeks. Just eight weeks after my Evie’s funeral.

I felt incapable as a mother.

I now know I am a strong mother who survived. Life is good 17 years later.

Twins Trust exists to support all parents and carers of multiples who have experienced loss whether it was during pregnancy, at birth or at any point afterwards. They can be contacted via email.